Some Extremely Useful Tricks To Get Cheap Air Tickets 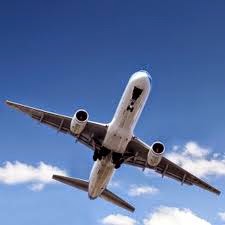 In order to get to some of the best destinations in the world, it is obvious that people cannot avoid travelling by air. With the frequent fare hikes and rising inflation, travellers often try to get the best deals on air tickets. Many of them book flights as early as possible to get tickets at much lower rates. Although this is the best and one of the easiest ways to get airline tickets at lower prices, there are many individuals who find it very hard to plan their travel well in advance. They are left wondering whether there are other ways of getting flight tickets at rates that would bring a smile to their faces.

Knowing when to buy flight tickets: Travelling on certain days of the week could be really helpful to travellers, for getting the best deals. Fridays and Sundays are the busiest days of travel, and buying air tickets on these days would never fetch any discounts. Booking on the remaining days might increase your chances of getting flight tickets at cheaper rates.

Hunting for tweets by airlines: Tweets by airlines can be expected at any point in time during the day, and following them would really help travellers in getting cheap air tickets to certain destinations. Sometimes it can be exactly the place where they want to go.

On following these simple, yet effective tips for grabbing the best flight deals, anyone can increase their chances of getting cheap flights without any worries. Another important point to remember is that passenger traffic usually subsides after the peak seasons, and this is the time when airlines are ready to slash the prices of their air tickets.

Posted by PTTL Blog No comments:


Many tourists head to Spain every year to explore its beautiful offerings. This amazing country shares its borders with France, Andorra and certain parts of North Africa. The holiday packages in Spain offered by Travel Hot provide several options to tourists in terms of destinations as well as activities to do while vacationing in the country. Over the years, Spain has become one of the most visited destinations in the world owing to its historical sites, museums, art galleries, theme parks, monuments and fascinating natural landscapes.
Spanish Splendour is one of the packages that Travel Hot offers to travellers wanting to visit the popular cities of the country, such as, Madrid, Seville, Cordoba, Granada and Barcelona. The Spain holiday deals would really help them with greater savings, which they can utilize while shopping for their favorite items. On the first day, they arrive at Madrid airport and are transported to the hotel where their stay has been arranged. The next day will be spent exploring the architectural and cultural wonders of Madrid.On the third and fourth day, tourists can visit other locations in the cities of Madrid and Cordoba. The Fifth and sixth day of the Spanish Splendour tour package would take them to Seville and Granada, where they can see amazing tourist attractions. Towards the end of the tour, they would get to spend some memorable moments in Barcelona.

During the tour, travellers can get to know more about the rich cultural heritage of this country. Commentary available at the time of sightseeing makes it possible for them to understand some amazing facts about Spain. Couples looking for some delightful Spain honeymoon packages would find the Spanish Splendour tour package offered by Travel Hot really interesting. The stay for tourists is arranged in some of the best hotels in the country fully equipped with modern amenities.

Posted by PTTL Blog No comments: