Most visited tourist places in Punjab 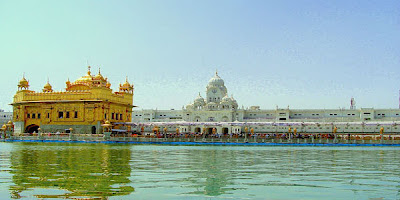 Punjab is a north Indian state bordered by Haryana, Himachal Pradesh, Jammu & Kashmir and Rajasthan. It is the fertile land made by the confluence of five rivers with unending green fields. While travelling by road in Punjab endless stretches of green and yellow mustard fields offer panoramic views of fascinating landscapes. Punjab is blessed with a wide variety of tourist places like historic monuments, places of maddening natural beauty, ancient temples, Gurudwaras, lakes and art galleries.

Punjab having a pleasant weather during the winter season, October to March is the best time for visiting this charming destination. It can be reached comfortably by air, rail or road. By air Punjab can be entered from the capital city of Chandigarh, which is linked with many major cities of India. Punjab is well linked with major cities by rail and road. The best internal road network makes it easy to visit the many tourist places in Punjab. Prime attraction of Punjab the Golden temple of Amritsar also known as Harimandir Saheb is a symbol of unique sikh architecture. It also represents the distinct identity, wisdom, glory and heritage of the Sikhs. The other attractions of Amritsar include Wagah Border, offering splendid spectacle of the parade held every day. Near the golden temple is the historic monument a witness to the sad mass killings by the British soldiers. Sheesh mahal behind Moti Bagh palace in Patiala displays exclusive murals and paintings in Kangra, Patiala and Rajasthani styles. Qila Mubarak is the fort cum palace and residence of the Patiala dynasty. Sukhna lake in Chandigarh is one of the beautiful lakes in India. The lake is adorned by natural scenic beauty. Other attractions of Punjab include Bhakra Nangal Dam, Gurudwara Bhabour Sahib, Shahpur Kandi fort and Asafwala War Memorial.

Avail Punjab tour packages which are in the form of religious tours, cultural tours, historical tours and sightseeing tours. Visit Punjab during your next vacations to indulge in its totally unique experiences like crossing Wagha border, a sacred bath at the Golden temple and boating in the splendid Sukhna Lake.
Posted by PTTL Blog

Email ThisBlogThis!Share to TwitterShare to FacebookShare to Pinterest
Labels: places to visit in Punjab, tourist places in Punjab